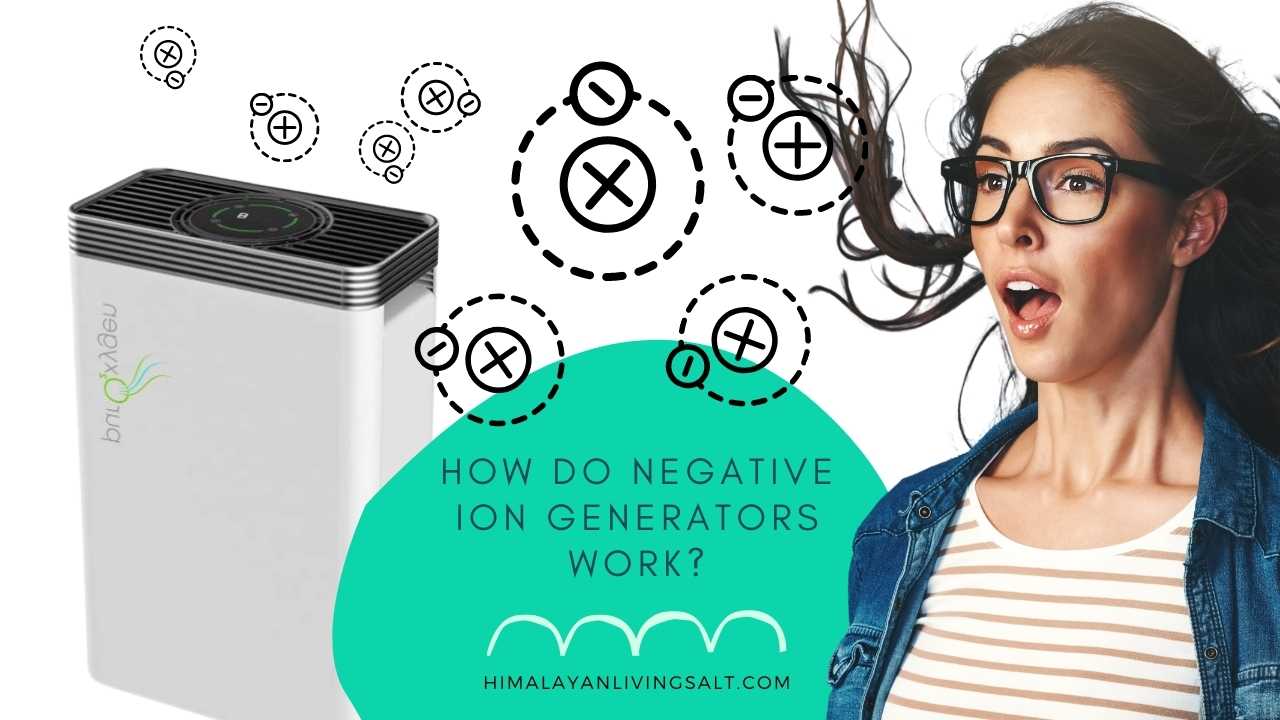 Have you ever been outdoors, like on the beach, skiing, getting some fresh air on the mountain top, or you feel the wind blow and suddenly feel a change in your mood? We might have all felt this at some point, though, in different situations and scenarios. And it might not be a feeling of being suddenly overwhelmed or in awe as we’ve always thought. Instead, it might be negative ions working.

How Do They Occur?

Negative ions are those molecules that have been charged with electricity and are floating in the atmosphere. They are in natural existence in lots of places, including:

Many researchers of “negative ionization” have opined that being exposed to negative ions for some time does have positive effects. Part of the reason is due to the chemical reactions in ions and the tissues present in the human body.

A negative ion generator (also called an air ionizer or Chizhevsky’s chandelier) is a device that uses high voltage electricity to ionize (electrically charge) air molecules. Negative ions (chemically called anions) are particles that contain or more extra electrons, thereby conferring a net negative charge on the particle. Positive ions missing one or more electrons resulting in a net positive charge are referred to as Cations.

Negative Ions are commonly used for cleansing the air globally. One of the major pollutants in the air is particulate matter. Results of experiments carried out by researchers have shown that Negative ions are very efficient for wiping and cleaning out this particulate matter.

In addition, these Ions are known to relieve people of allergies caused by dust and even spores from molds. The air purifying ability of Negative Ions cannot be overemphasized. Without these Negative Ions, we as human beings would be dealing with many air pollution health-related issues.

There are certain commercial air purifiers designed to generate negative ions. Another type of known air ionizer is the electrostatic discharge (ESD) ionizer (also called the balanced ion generator) that is used to neutralize the static charge.

How Do Negative Ion Generators Work?

Negative ion generators function by charging the particulate matter in a room to the extent that they become attracted to floors, tabletops, walls, draperies, ceilings, etc. However, abrasion can sometimes result in these particles being suspended back into the air. These negative ion generator devices sometimes contain a collector that attracts the charged particles back to the unit.

Even though these negative ion generators can remove small particulate matter (for example, those particles in tobacco smoke) from the air indoors, they do not take out odors or gases. As a result, they may be relatively ineffective in taking out large particles such as pollens and other dust allergens.

Although some researchers have suggested that these devices could provide benefits by correcting a hypothesized imbalance of ions, no actual studies have confirmed this ionizing effect.

A typical sample is Ozone, a lung irritant. Ozone is produced indirectly by ion generators combined with other air cleaners that function electronically and directly via ozone generators. Even though indirect production of Ozone is of concern, there is even a more significant concern with the purposeful and direct introduction of such a powerful lung irritant into indoor air.

Despite the claims some marketers make when trying to establish the difference between Ozone produced outdoors and Ozone produced by these ionizers, there is no visible difference. Although Ozone helps reduce the effects of odors and pollutants in unoccupied spaces, the levels needed to be attained to achieve this are actually above those generally thought to be safe – health-wise for humans.

Why Do You Need An Air Ionizer?

An air ionizer is used in air purifiers to remove particulate matter from the air. Airborne particles usually become charged as they attract charged ions from the ionizer via electrostatic attraction. The particles are, in turn, then attracted to any nearby grounded (or earthed) conductors. These conductors could be deliberate plates within an air cleaner or the nearest ceilings, roofs, or walls.

A search review carried out in 2018 proved that negative air ions effectively remove particles from the air.

There are two types of ionic air purifiers:

What Are The Benefits Of Negative Ions?

Many researchers have tried to prove that these negative ions, as harmful as they seem, are beneficial to our existence as humans. These ions are thought to have positive benefits and impacts on mental health.

Negative ions are known to reduce symptoms of depression for some people, have an activated influence on body systems and cognitive performances, and promote antimicrobial activity.

However, there is not enough evidence to show that these negative ions reduce serotonin to help manage anxiety, effectively lower blood pressure, and improve your breathing or respiratory system.

Nevertheless, some of the general benefits of Negative ion generators include:

It is well-known that negative ions are present in every point or place where clean air is known to be found, i.e., near rivers or lakes, in the seas, forests, near water bodies & mountains. In any case, you shouldn’t want to avoid them because of their varied benefits. Negative ions are, therefore, almost unavoidable. It’s almost inevitable for us to come in contact with these ions that enhance our day-to-day lives.