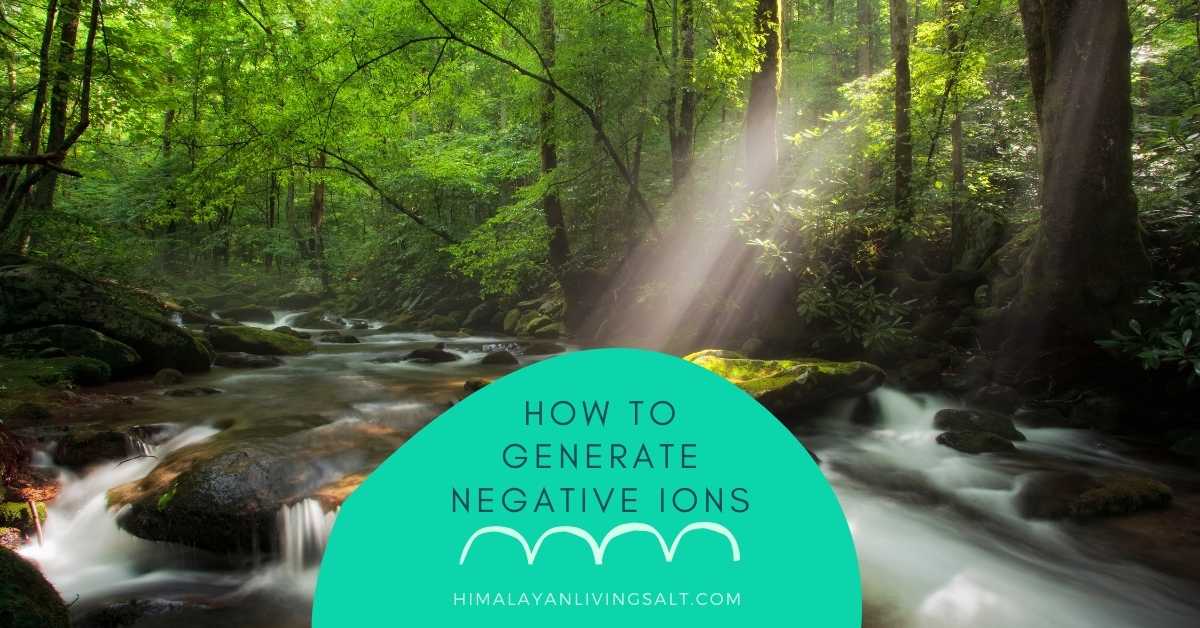 Negative ions are atoms or molecules with at least one extra electron.

They are also found in abundance in places like the beach, where the sand, salt, and sun produce negative ions detected by their aroma and feel.

While negative ions have been used for years to reduce stress and improve mood for a long time, it was unclear how they worked.

But several studies have shown that negative ions improve sleep and reduce depression, anxiety, and stress.

They also cause changes in the brain that reduce the symptoms of seasonal affective disorder.

Negative ions seem to help by increasing the electrical charge of the air around us, which can neutralize positively charged molecules that are a normal part of indoor air, (they’re also known to help with allergies and asthma.)

Where Are They Naturally Produced?

Negative ions are produced in the upper atmosphere by charged particles from cosmic rays and other natural sources.

In addition, you may create negative ions in indoor or outdoor environments through electrical discharge, water vapor, combustion products such as soot (carbon), or electromagnetic radiation (a radon gamma-ray).

The negative charge on free radicals and oxygen molecules is almost always opposed to the partially positively charged ion.

Hence, when these molecules collide with each other, they form an electrically neutral molecule with a net positive charge – this happens at a steady rate of one per billion collisions per second.”

Negative ions, or anions, are produced in nature by waterfalls, water currents, desert winds, and storms.

But if you want to create a similar environment at home, there are plenty of ways to do it, as we will discuss later in the post.

They are found in nature—in the air after a thunderstorm, waterfalls, and water that flows over rocky terrain.

They can be found everywhere, and several activities generate them: the ocean, plants, waterfalls, and even the wind can all generate negative ions.

Building on this idea, NASA even placed plants in the space shuttle to study the effects of negative ions on the immune system.

The primary sources of negative ions are:

It is also found in some synthetic environments, such as in rooms ionized by an ionizer/air purifier, by an electrostatic precipitator, or by a plasma generator.

How To Generate Negative Ions In Your Home

While many people believe that negative ions can help you deal with the daily stresses of modern life, not everyone knows how to bring these supposedly healthy air molecules into their daily lives.

There are four options to generate negative ions in your home:

These are the most straightforward and most affordable methods to increase your exposure to health-boosting negative ions.

Another option is to get a waterfall fountain which is a far more affordable option!

Let The Fresh Air In

As we know, the air has negative ions.

So, open windows to let fresh air into the room to generate negative ions.

Flowers use sunlight to create water and negative ions. Fresh flowers will not only improve your home and garden, but they will also do wonders for your mental health.

An ionizing device produces negatively charged ions for your home.

The most widely known use for negative ions is purifying the air.

Still, because the air in modern buildings is usually positively charged due to the buildup of positive ions from everyday activities like using a computer or an electric hairdryer, these devices are often needed to counteract it.

These devices release negative ions into the air.

Negative ions are molecules with a deficit of electrons resulting from air molecules being split apart by ionizers.

An air purifier, also known as an air cleaner, is a device that removes pollutants from the air. It is popular in areas with lots of pollution, such as big cities.

You can use air purifiers in homes and offices and be used to treat medical problems.

Traditional air purifiers work by filtering the air, separating the particles that we breathe in and out.

However, it’s worth noting that there are different kinds of particles that can cause harm to our health.

For example, some of the air pollutants that cause the worst health problems are tiny in size, which means that they can slip through the filters of a traditional air purifier.

These lamps called a Himalayan salt lamp (often called Himalayan salt crystal lamp), are made from hand-carved pieces of natural crystal from the mountains of Pakistan.

It is a rock with a naturally occurring pink hue caused by the presence of iron oxide impurities.

How the lamp benefits, your health continues to be disputed. We recommend that you only use a salt lamp as a supplementary device to create negative ions in your home.

Some swear by the negative ions released from the lamp, claiming that the ions can improve air quality and reduce stress.

The lamp is believed to reduce allergy symptoms, like sneezing and congestion, and may even help people who suffer from asthma sleep better.

Negative ions are naturally present in the air in varying amounts.

They can be found in higher concentrations in areas with freshwater or waterfalls and are in the air every day.

Some people get relief from symptoms by hanging out near waterfalls and even by just being in water that falls from the sky.

While negative ions are present in the air all the time, you can capture them in water. 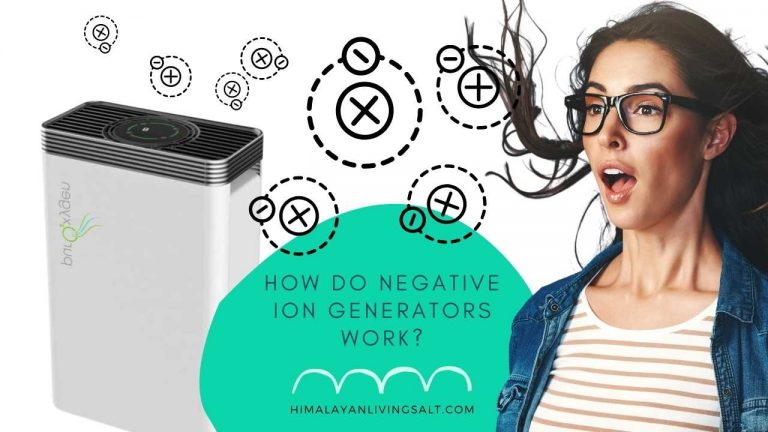