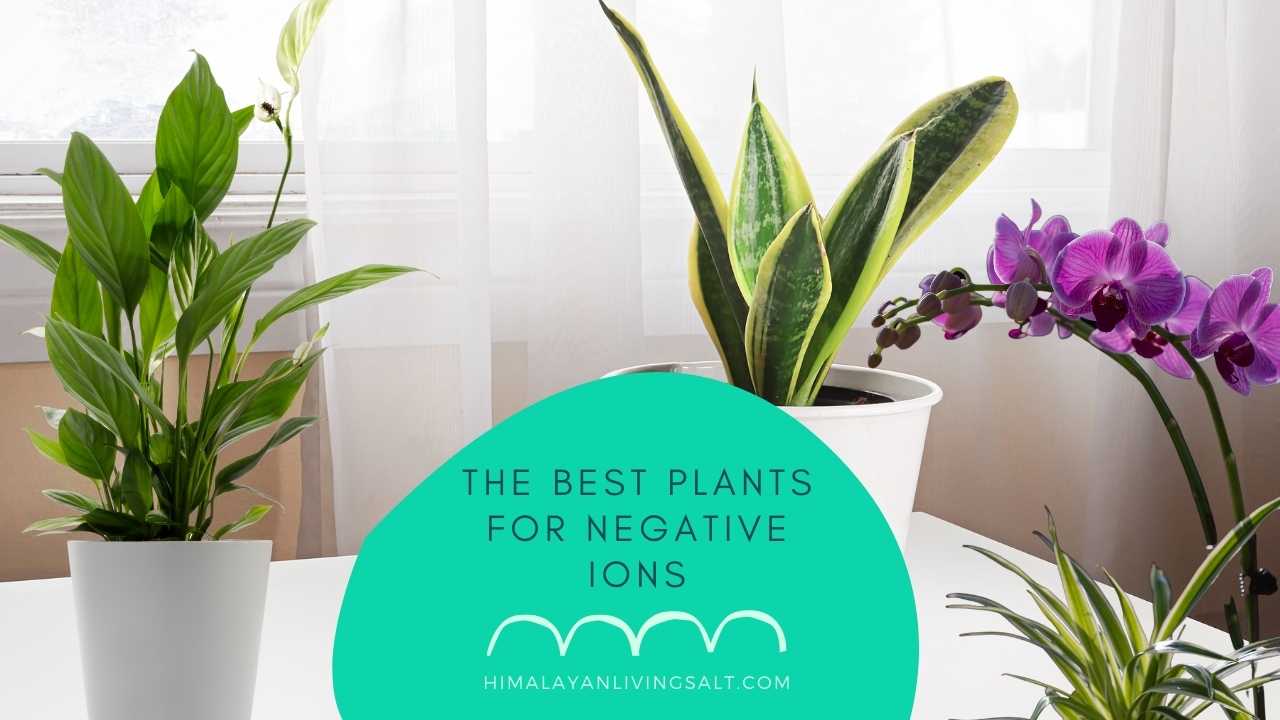 Plants naturally emit negative ions from their leaves as water vapor leaves them. These negative ions are unique and needed in the home to create a calming atmosphere.

To create a healthy home with negative ions, we must have plants around the house. This is because plants are the most familiar and most effective ways of producing negative ions in the surroundings. Instead of using machine-emitted negative ions or chemically induced methods, it is better and healthier to start with plants. And that is why in this article, we bring you the best plants for negative ions in your home.

In order to create a healthy home with negative ions, there are different ways one can achieve it. While some may choose to go to machines and chemical processors that can churn the atoms in their home and add extra electrons to them, some will prefer to buy salt lamps purported to emit negative ions. However, risks are associated with those.

Nevertheless, none of those is as cheap, efficient, and proven as natural negative ion emitting plants around us.

Therefore, to create a healthy home brimming with negative ions, you are advised to choose the more natural option of acquiring the best plants that emit negative ions.

However, some will like to know what creates these negative ions?

Negative ions are created naturally by sunlight, radiation, and other natural occurrences. They are also produced as the leaves of a plant emit water vapor as a natural process of photosynthesis.

How To Get Negative Ions At Home

You can start by buying potted plants and using them for decorations in your home. Keeping it at the window sills is the best, as it will receive more light from the sun in that position, thereby producing more negative ions as it photosynthesizes.

Which Plant Or Tree Purifies Air The Most?

Plants naturally purify the air enormously, and that is why they are the top air purifiers on our planet. To pinpoint a particular plant or tree as the best in that regard may have to go down to minute statistics.

However, some plants are known to make a difference in a very tangible way; chief among them is the rubber tree! The rubber tree sucks off the carbon dioxide in the atmosphere in significant qualities and produces the oxygen gas in the same vein.

It is renowned for its immense qualities of purifying the air through the gaseous exchange. It also prevents bacterias and other regular impurities away in an effective manner.

Also, the air cleansing effect of the peace lily cannot be overlooked. According to a study conducted by Ecowatch, the Peace lily is unmatched in its ability to remove a broad spectrum of pollutants from the atmosphere. This is a beautifully unique plant that does not take any extra effort to maintain than its counterparts.

How Do Plants Purify The Air?

Plants purify the air through the gaseous exchange. They suck off the unneeded carbon in the air and in varying quantities other harmful substances in the air to grow and reproduce while giving out fresh and pure oxygen gases to the atmosphere. This they do mainly during the process of photosynthesis.

What plants are the best for improving air quality?

As we said earlier, we will show you the plants that are the best for improved indoor air quality. They are known for their ability to rid the surrounding atmosphere of unwanted elements and leave your home brimming with fresh air.

The snake plant is highly valued in some places like China. It is a houseplant that is easy to raise and propagate. The snake plant comes in many species. However, with anyone your hand can reach, you will still get the same range of results.

The frost averse plant can adorn your home with its long slender foliage, while also conditioning the air in your home effectively. It has the unique ability to mimic its environment and survive in any condition acutely.

One of the most valuable and versatile plants, Aloe vera can help in detoxifying the air in your home. The use of the aloe vera plant is too numerous and counting them is not the purpose of this article. However, this plant is a must-have for every home that wants to lead a healthy lifestyle.

Though it places a demand on the organic contents of the soil in your place, it is still one of the very best in the business of air detoxification. When growing this plant indoors, you must make sure to add stakes to its pot to guide it when growing. The plant is a climber and needs support to grow to a pattern or even a beautiful topiary design.

This broad-leafed plant is ideal for indoor decoration; meanwhile, it will also detoxify the air in your home. It requires careful growth in measured humidity.

As mentioned before, one of the very best air purifiers. You can also utilize it indoors. Known as a closet plant, the peace lily is common in homes and offices. One of the reasons being its unique, simplistic beauty and air purifying effect.

You can add extra purification to your home by scattering certain, negative ions emitting stones around the plants. Stones that produce negative ions are mostly crystals. These emit negative ions when heated. Such stones are found in crystalline forms of Amethyst, Tourmaline, and Jade crystals. However, their effects are not as pronounced aforementioned as in salt lamps or plants.

Amethyst; a famous precious stone often identified by its violet color and shiny radiance. It is believed by some to have nerve-calming qualities; however, if it has, it is barely noticeable.

Tourmaline; a semi-precious stone that can assume many colors. A crystal, when heated, can produce negative ions, albeit in a lesser amount than that of a plant.

Jade crystals; many superstitions are associated with this stone ranging from healing properties to meditation aids. However, in a way, they are justified when the negative ion-producing ability of the stone is considered. Albeit, its ability to emit negative ions is still within the same range as its counterparts, as mentioned above.

Plants are still the best negative ion producers to introduce into your home. not only are they more natural, but they can also raise the aesthetics of the house by a considerable amount.

The best air purifying plants are not hard to obtain; they are there for you for a healthier home.