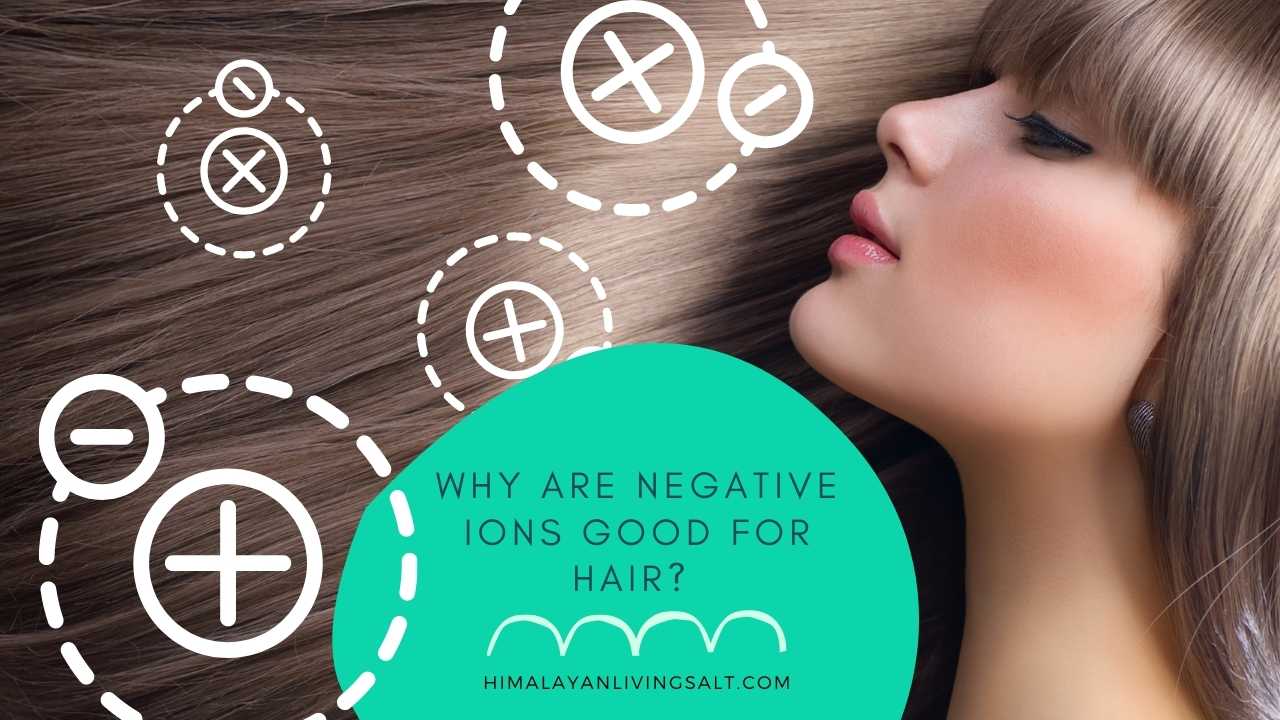 Atoms may have either protons (positive charges) or electrons (negative charges) as ions. When there are more electrons in an atom than protons, it results in a negative ion. So, what is it that’s about these negative ions in general?

These ions appear to be excellent and beneficial. They’re naturally created and exist as air molecules break apart due to sunlight, surfing, or even a waterfall. This causes the sudden feeling of calmness, composure, still and equilibrium when you are by the sea or getting fresh air in the mountains. The atmosphere in these places contains tons of negative ions, which strongly influence our emotions and behavior.

You can also artificially generate negative ions using a special machine. These can be placed in your home or even worn around your neck.

Are Negative Ions Proven To Help?

Because there are no hard facts or “science” about the effects that negative ions have on our hair and our hair care routine, there are many controversies and opinions on the subject. But with the few facts we have, it is still safe to assume that these Negative ions have enriching effects.

How Can They Assist With Hair Care?

Negative ions can break up water particles, making them more accessible and faster to get rid of, thereby drying hair faster. They also seal the hair cuticles, trapping moisture content and making the hair more hydrated, shinier, and smoother. These negative ions neutralize static; the effect of this is that it reduces or eliminates frizz.

Negative ions are, in general, very good for hair. They enhance your health and the overall well-being of the hair. Ionic hair dryers and other professional hair tools sell and offer “ions” for good reasons, being that they are actually beneficial and even crucial for the hair. Even though you have to check these ion hair products for yourself and make your conclusions, you should understand that your test is a vital part of science and that good science starts with personal observations.

Why Are Negative Ions Good For Hair?

When we brush our hair, we charge our hair with positive static electricity due to what happens between the hair and the brush. Our hair becomes charged with the same positive polarity, and for this reason, just like it is with the magnets, they repel, causing a great frizz.

Ionic dryers radiate a constant oscillation of negatively charged ions that interfere between each hair. This neutralizes the effect of frizz, thereby causing each hair to return to its original and proper state.

In addition to this, negative ions break the water molecules present in our wet hair and transform them into microparticles. Through this process, the microparticles become smaller and more distributed, making it possible to dry the hair more quickly and with less heat use.

Another significant advantage is that some of these microparticles become absorbed by our hair and can infiltrate the capillary pattern and partly return it to its original natural hydrated state. This makes the hair more hydrated, shiny, and soft.

The positive effect of negative ions on the hair cannot be overemphasized. These ions are an essential part of our hair care routine and growth. And the more properly infused it is, the better for our hair care.